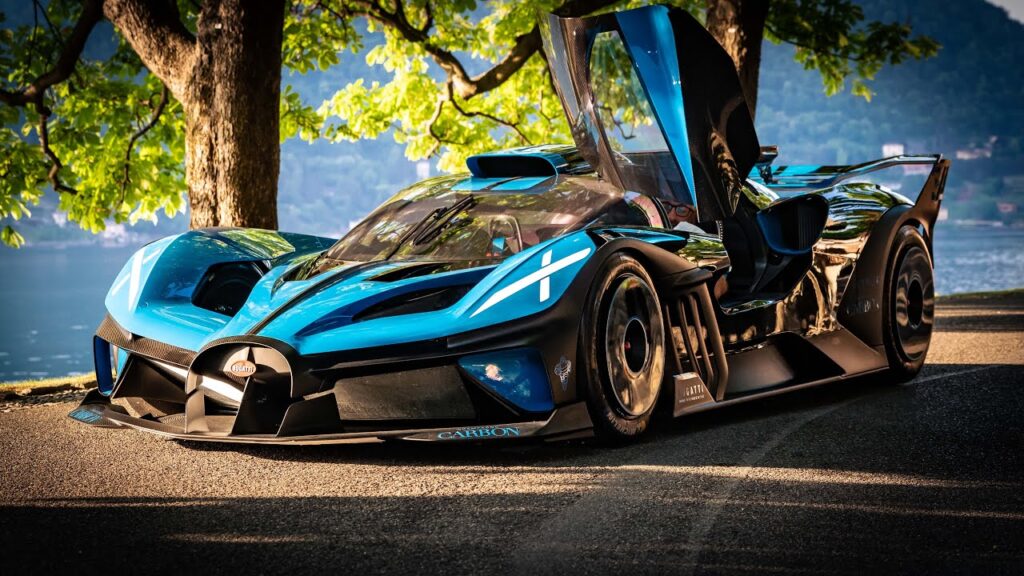 When we first saw the Bugatti Bolide Concept we were obviously blown away by the track-only hypercar but at that time, it was only a concept vehicle.

Bugatti customers must have been rather demanding because the manufacturer then announced that 40 lucky individuals would be getting their hands on a production version.

This pre-production version showed up at this year’s Concorso d’Eleganza at Villa d’Este and The TFJJ was on hand to capture the car and its insane straight-pipe exhaust note.

This is the first time we have heard the Bolide exhaust system and you will not be disappointed.

It’s worth noting the production version won’t be as powerful as the concept since the engineers are tweaking the 8.0-litre engine to work with regular gasoline rather than the 110-octane racing fuel of last year’s show car.

The Molsheim manufacturer says they will need three years to complete the development and deliveries are only scheduled to start in 2024.

Bugatti
Share. Facebook Email Twitter LinkedIn WhatsApp Telegram
Previous ArticleWhat Cars Are In The Garages Of Illustrious NBA Stars?
Next Article Mercedes CEO Jokingly Says They Were Drunk When They Approved The AMG One Hypercar