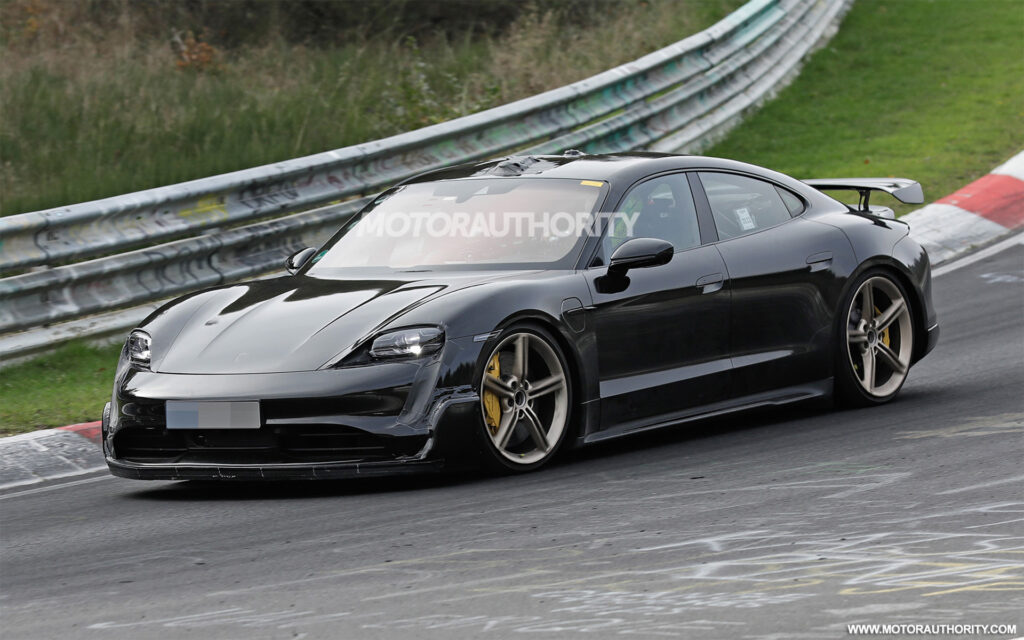 A new Porsche Taycan prototype has recently been spotted testing but this time it is flexing some serious aero elements usually found on their GT cars.

The obvious new elements include the extended front splitter, chunky side skirts, rear diffuser, and rear wing. The front air curtains have also been sealed, suggesting the prototype might feature new air channels hidden behind the front fascia. There are also some makeshift sensors attached to the roof, though their purpose remains a mystery.

The man behind the wheel was none other than Lars Kern who is responsible for most of their official Nürburgring lap times including the 7:33.35 set in the Taycan Turbo S giving it the title for production EVs at the ‘Ring.

Is Porsche introducing an even quicker variant? Only time will tell but there have been some rumours swirling of a more powerful three-motor variant boasting as much as four figures in the horsepower department.

Such a variant could be badged a Porsche Taycan Turbo GT but for now, we wait until we hear something official.