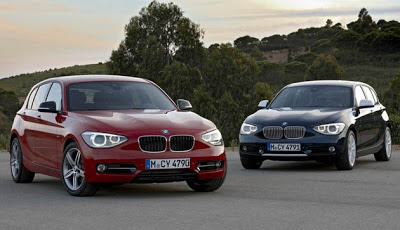 Share
Facebook Email Twitter LinkedIn WhatsApp Telegram
The 2012 BMW 1-series has officially been revealed. 2 words instantly come to mind. EPIC FAIL. I think this is the most hideous looking BMW I have ever seen. The designers have gone way off the mark for me. Is there a way to make up for the looks? What is under the bonnet (that is 50ft long)? The new 1 series is only being released with 4 cylinder engines (minus 10 pts); 1.6 petrol engines for the 116 and 118 with 170 and 184hp respectively, Three different 2.0 liter turbo diesel engines with 184hp in the ‘flagship’ 120d and the top of the range (for now) is a 128iS which will apparently get a 245hp 2.0 turbo which will replace the current 130i. That is right, gone are the glorious sounds of a 6 cylinder BMW engine… I dont know what they are thinking but to me, this is a no go. It is ugly and makes an ugly noise… Well I am assuming it will.. haha… (www.airmaniax.com)
Share. Facebook Email Twitter LinkedIn WhatsApp Telegram
Previous ArticleNever Knew Lamborghini’s Could be Used as a 4×4.. Madness…
Next Article Another Local Lambo Wrecked