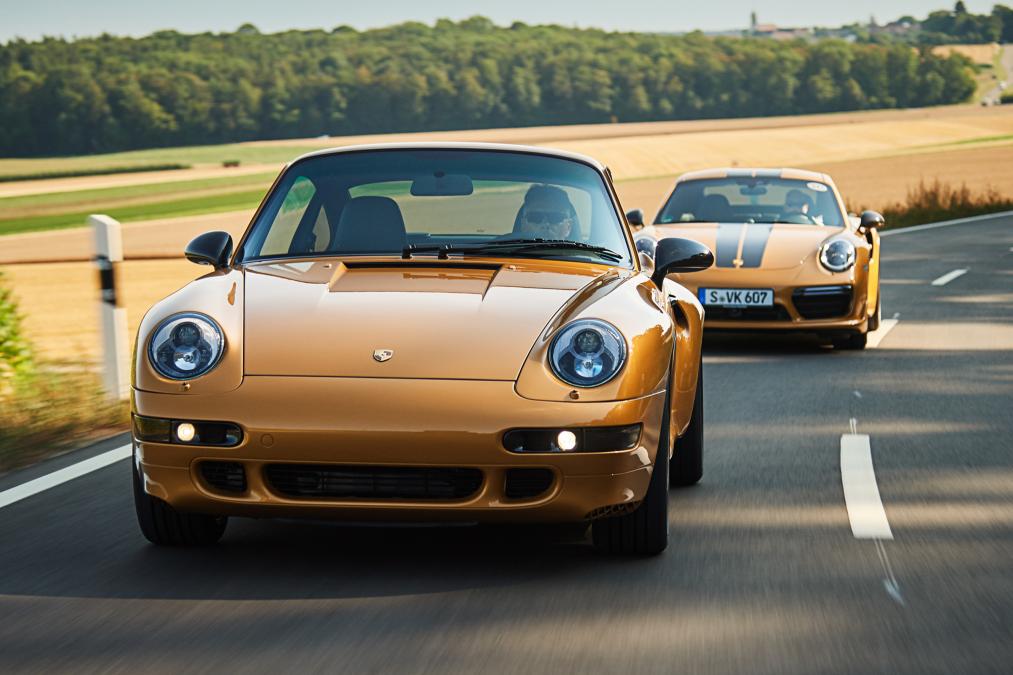 Porsche Classic has taken the covers off their new bespoke 993 generation 911 Turbo dubbed Project Gold and this one-off restomodded creation now marks 20 years of the end of air-cooled Porsche 911’s.

The project took one and a half years to conceptualise and build by specialists at Porsche Classic’s restoration workshop and only a few design changes have been made compared to the original 993.

It’s an original 993 Turbo bodyshell featuring the side air intakes equipped on the more potent Turbo S model, made available as an option on the regular 993 Turbo in its final year on sale.

It has been painted in Golden Yellow Metallic, as a reference to the 911 Turbo S Exclusive Series, using the same modern techniques used on Porsche’s of today. 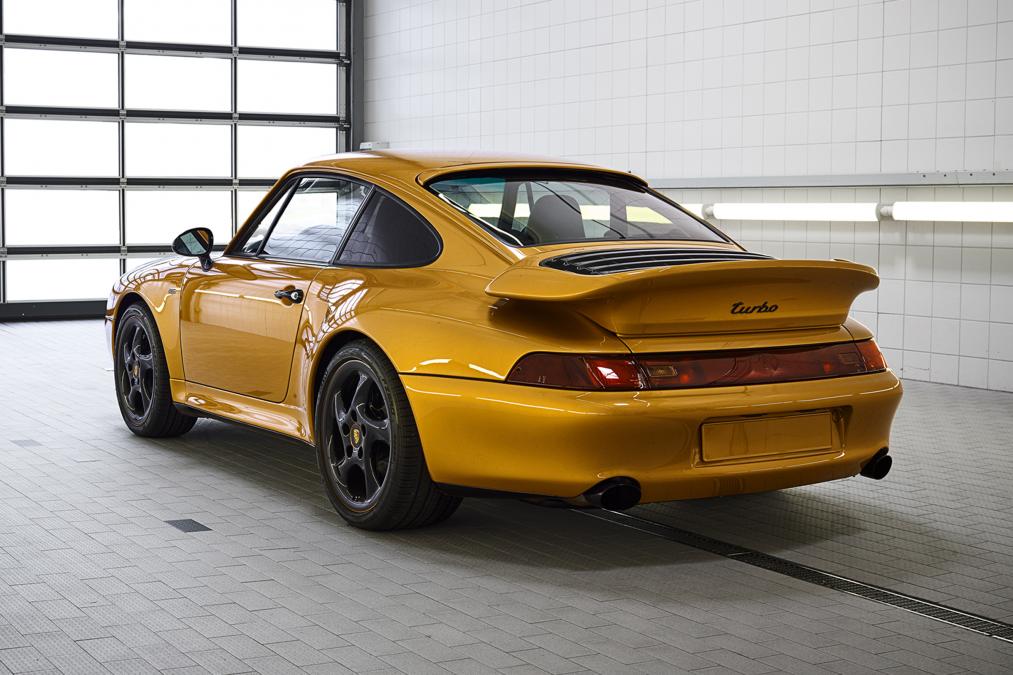 The sexy creation sits on iconic 993-era 911 ‘hollow twist’ wheels, painted gloss black and featuring golden yellow details and rim edges. The theme is carried over to the interior with golden weave carbon fibre panels and black leather upholstery contrasted with golden stitching. The instruments have been given a unique Project Gold twist too.

As mentioned earlier in the week it is powered by a brand new 3.6-litre twin-turbo flat-six, the same in design as the original engine and developing 444bhp (450 hp; 331 kW), matching the power output of the 993 Turbo S.

This special project will then be auctioned off to a private buyer in October but whoever takes possession of Project Gold won’t be able to take it for a spin on the road as it is not road legal.