BMW M2 CS or CSL Spotted Testing At The Nürburgring 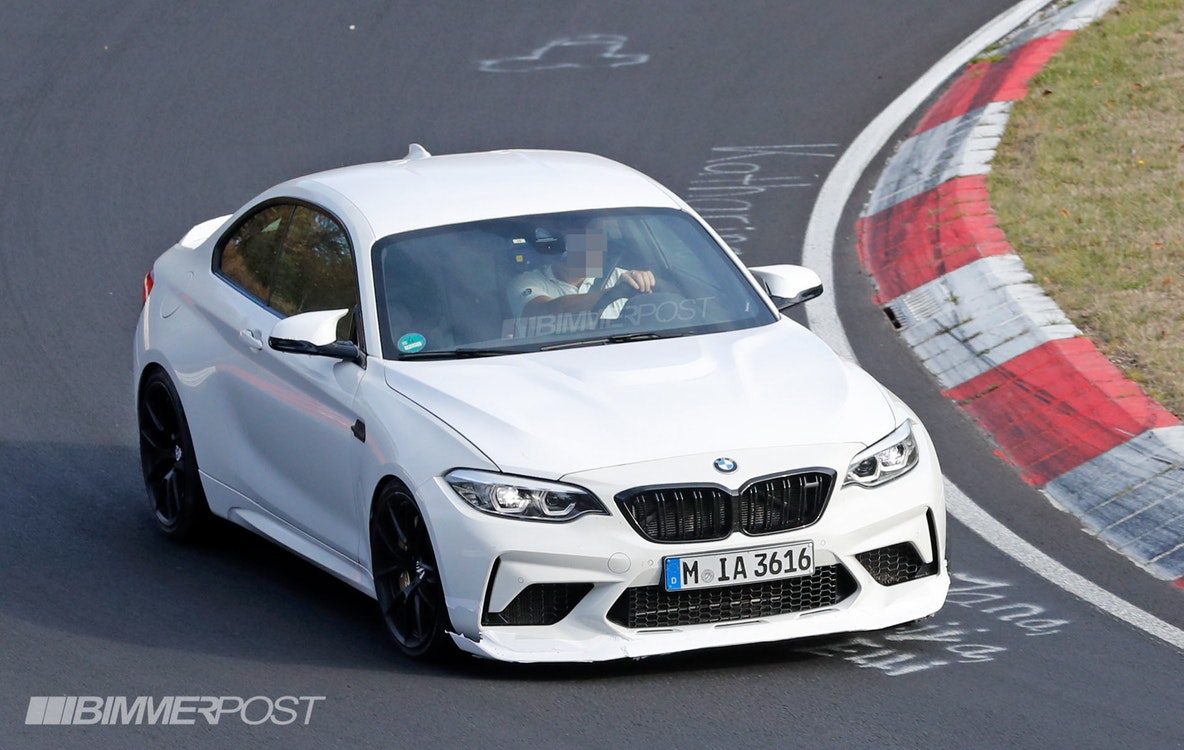 A large amount of new spy shots shows us that BMW are currently evaluating an even hotter M2 variant with earlier rumors suggesting that it could be a CS or CSL version.

The styling changes aren’t radical, but the car has been equipped with a larger front spoiler and what appears to be a power dome hood. The bulge is pretty noticeable in certain pictures and it’s not present on the M2 Competition.

Only time will tell what model this actually is but previous reports have suggested the M2 CS will be a limited edition model that is available exclusively in the United States.