Could BMW Be Testing A M5 CS At The ‘Ring? 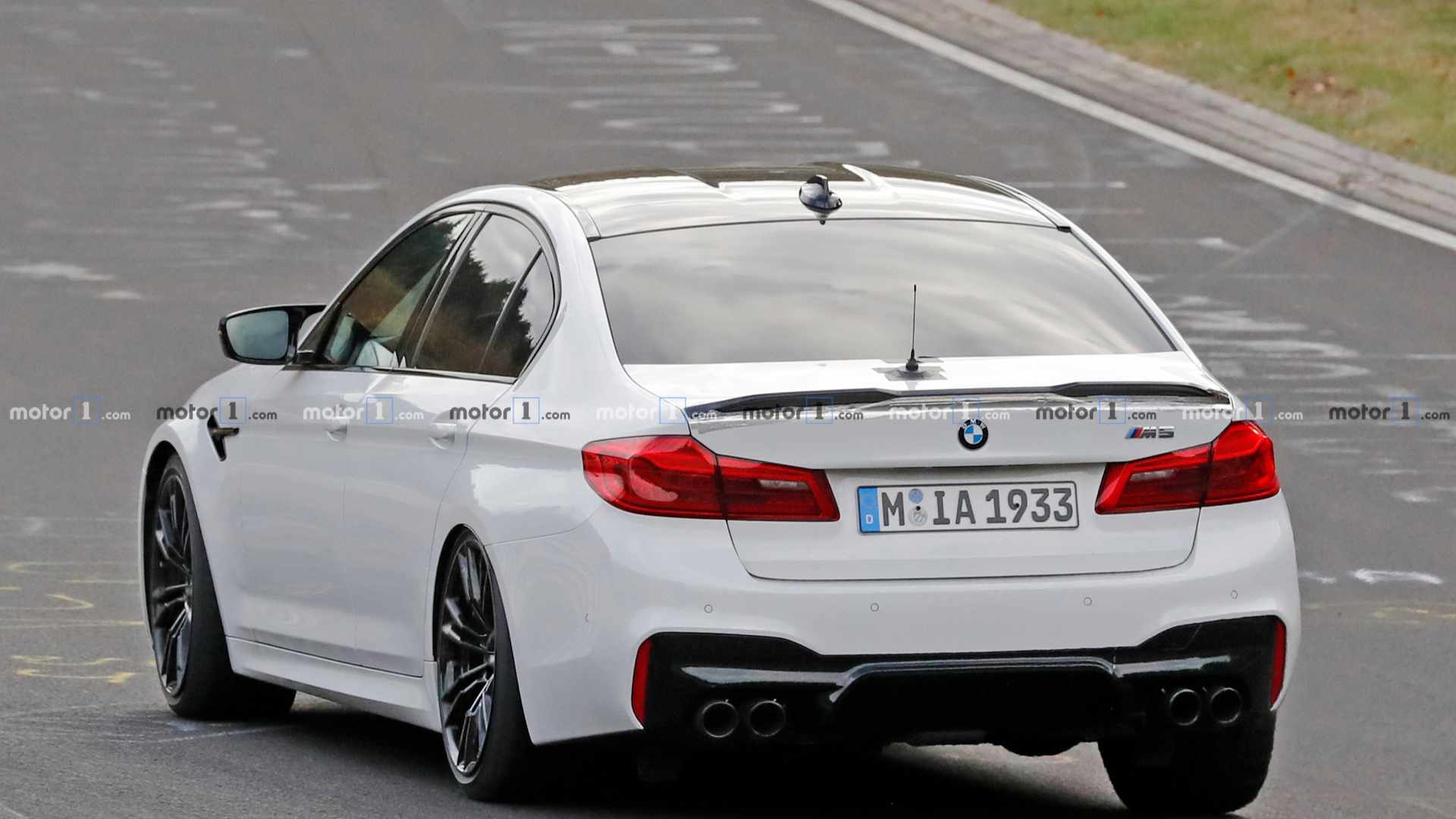 When manufactures test new cars or prototypes, they are wrapped in camouflage to ‘trick’ the always-ready spy photographers around the world but sometimes the changes are so minor that not putting any disguise on makes them less conspicuous.

This BMW M5 looks like a regular M5 Competition but why would the automaker be testing it hard on the Nurburgring?

There have been rumors that a CS version of the M5 could be in the pipeline, and while these photos do not confirm that for sure, they do support the argument. We know the super sedan rips around the ‘Ring quite often, but check out the spoiler on the bootlid of this car. It’s very reminiscent of the wing we see on the M3 and M4 CS models, and not like anything we see from BMW’s performance parts catalog.

If this is indeed a test car for an M5 CS, what else can we expect? It is highly unlikely that the car would get a hike in power from the M5 Competition, as that animal already makes 617 horsepower (460 kW) from its 4.4-litre twin-turbo V8.

We should see additional aero tweaks, along with some lightweight components to ease the engine’s burden. In short, it should be one scary-fast sedan.