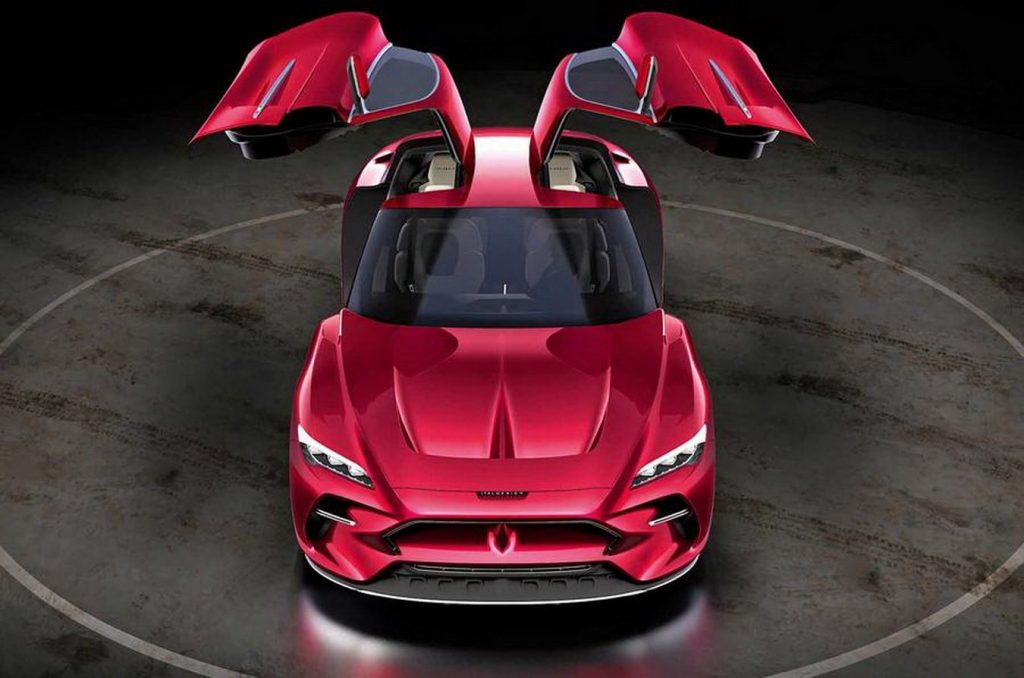 Italdesign will be bringing a new concept to the Geneva Motor Show this month and it will feature the much-loved gullwing door design.

Named the DaVinci, the concept is an elegant coupe which features sleek and contemporary styling.  While the front fascia is a bit aggressive, the rest of the car is handsome as it features soft flowing lines and gentle curves.

If you are lucky enough to climb inside, you will sit behind a flat-bottomed steering wheel which appears to feature a number of touch-sensitive controls.

One of the more interesting things about the DaVinci concept is its Alcantara upholstery which has buttons, controls and displays mounted behind the fabric. This means users touch Alcantara rather than a plastic button or a chrome switch.

While the concept is pretty interesting, it won’t be going into production. At least not right away.