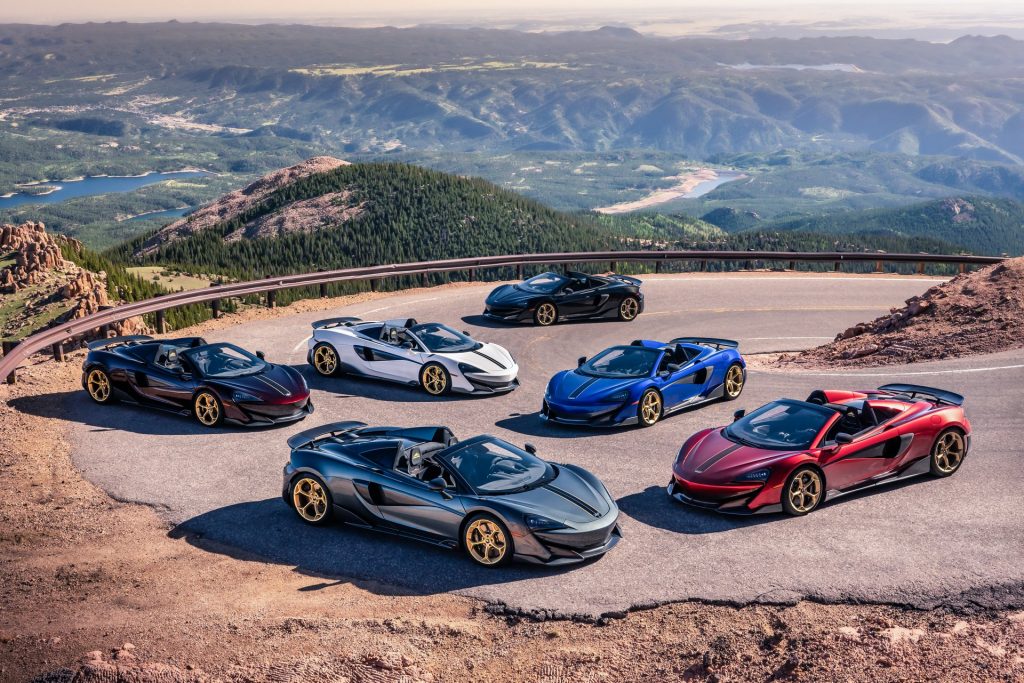 The Denver McLaren dealership has commissioned a special collection of cars that honours the famed Pikes Peak International Hill Climb of its home state.

The satin gold look follows the driver into the cabin where a steering wheel center band is finished in the same hue. The extended paddle shifters and all other visual contrast lines also sport the soft gold look, too. Final touches include the Pikes Peak logo in gold embroidery on the headrests and plaque marking the car as one of six made.

That’s right, the six cars are all McLaren made and each will be sold exclusively through McLaren Denver. Pricing wasn’t included in the announcement, but you can expect a healthy premium over the regular figure for the Pikes Peak collection cars.