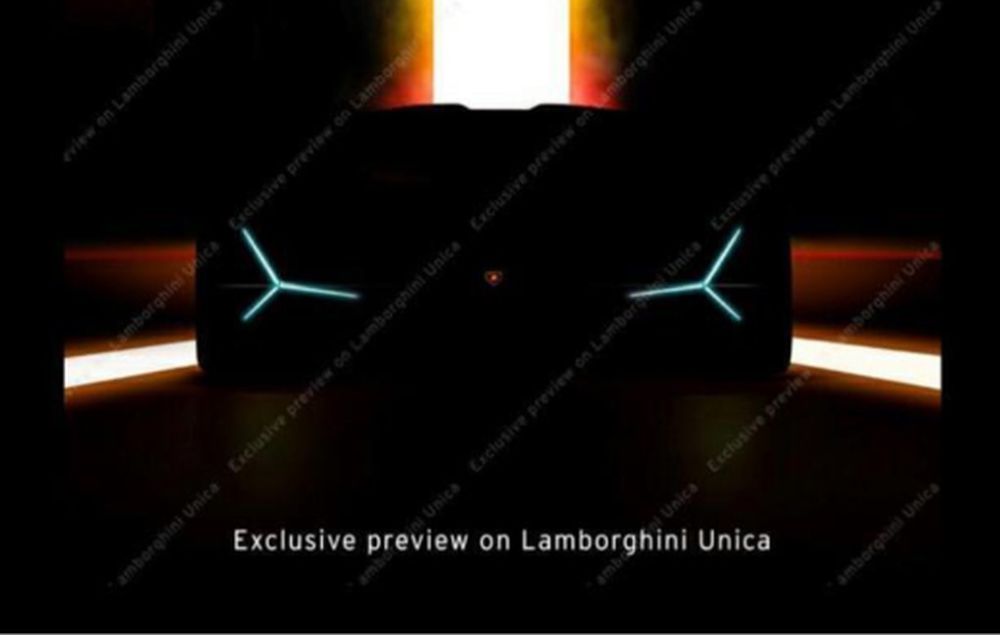 Lamborghini owners have access to an app called Lamborghini Unica where the manufacturer sends out teasers of new cars before anyone else sees them.

Lucky for us, some of these owners like sharing and as you can see above, the first official teaser of the so-called LB48H has been released.

At this stage, it is expected to be called Unica and will likely debut at the Frankfurt Motor Show in September.

According to Knight International, the new creation from Sant’Agata Bolognese will be limited to just 63 units and will be styled on models like the Countach, Reventon, Sesto Elemento and the Terzo Millennio concept (see lights in the teaser and shot below).

It is rumoured to pack 1,000 hp from a hybrid powertrain incorporating their mighty 6.5-litre V12.

All 63 units are likely already spoken for but Knight International is actually offering a build slot for one already.