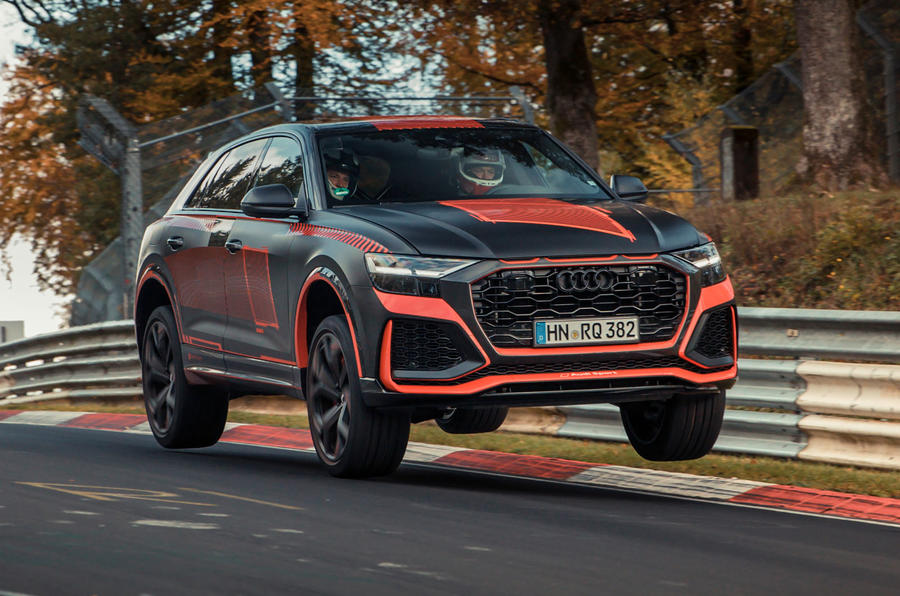 The range-topping Audi RS Q8 has not even been revealed properly yet but you are already looking at the King of the ‘Ring among SUVs.

With an official time of 7 minutes and 42.2 seconds, the Audi RS Q8 has established a new record for the fastest production SUVs at the Nürburgring by dethroning the Mercedes-AMG GLC 63 S.

The GLC 63 S set the now fallen record nearly a year ago when it lapped the Nordschleife in 7 minutes and 49.3 seconds.

The debut has been confirmed for this month so we might see this Super SUV show its official face to the world at the Los Angeles Auto Show later this month.