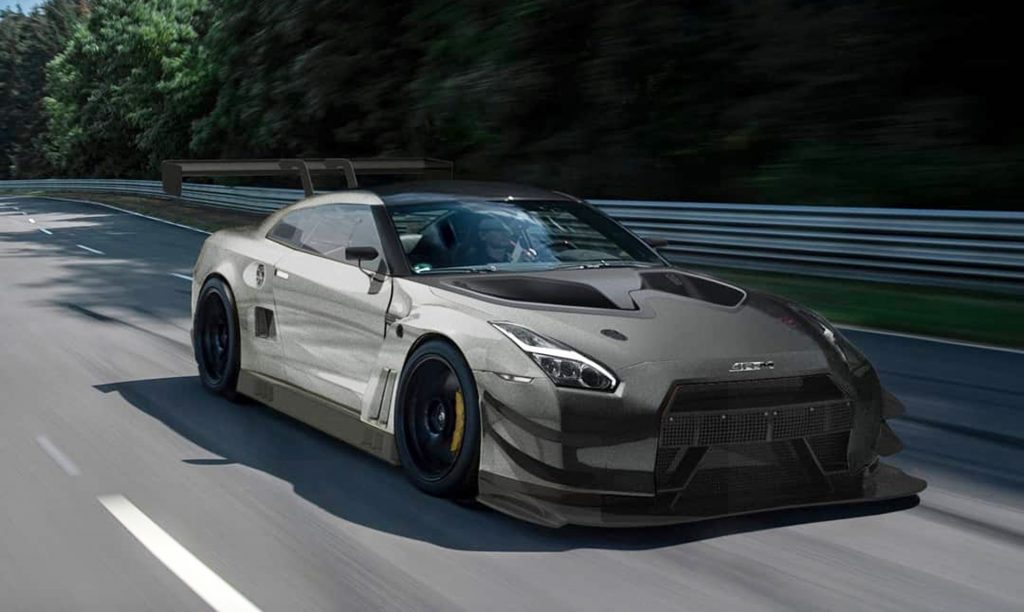 Engineering outfit in the UK, JRM Group is no stranger to building race versions of the popular Nissan GT-R and now they are building some for the road called the GT23.

Nissan turned to JRM when it needed help to develop the GT-R Nismo GT3 shortly after the launch of the R35 generation. The race car has evolved significantly since then and JRM has used the lessons it learned over the years to develop the GT23.

The changes start with an increase in power which means the 3.8-litre twin-turbo V6 develops 650 hp (485 kW). The standard dual-clutch transmission is then replaced by a sturdier 6-speed sequential shifter and the all-wheel-drive system swapped out for a simpler, lighter rear-wheel-drive setup.

As you can see, aerodynamics is a big focus on this car which now sports huge ducts in the hood and the tall wing at the rear.

To shed more weight, JRM stripped the interior, fitted a roll cage and bucket seats and replaced the standard instrument cluster with a race-style display.

Just 23 GT23s will be built, with production to take place at JRM’s headquarters in Daventry, United Kingdom. The first is due to be delivered in 2020 and pricing starts at £380,000.