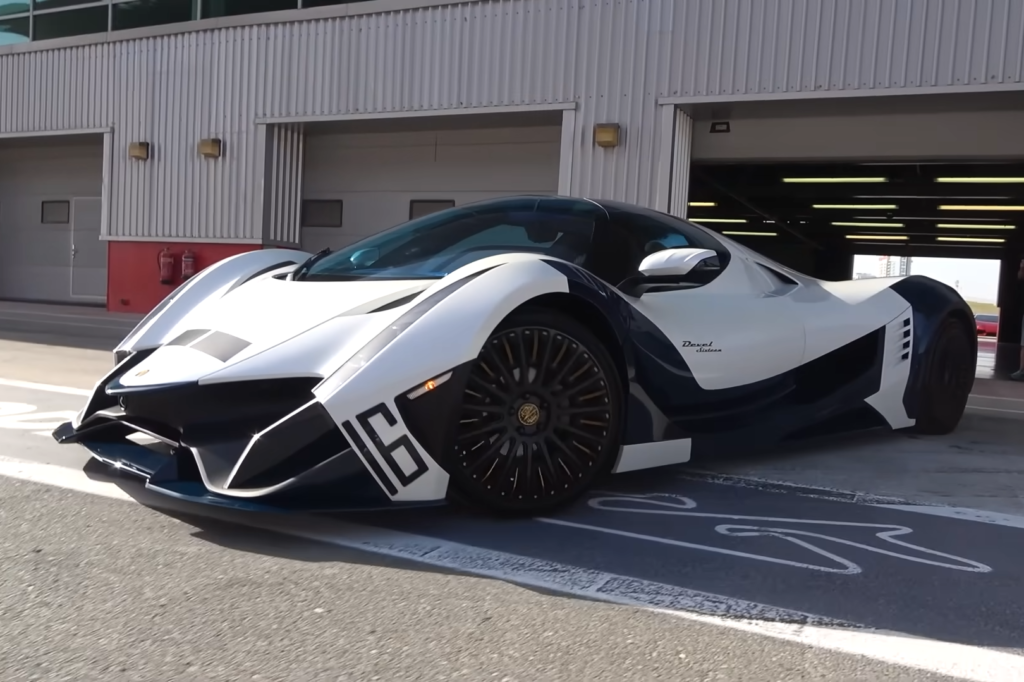 Nearly ten years ago the Devel Sixteen burst onto the scene with some outrageous claims about packing 5,000 hp from a V16 engine.

Fast forward to today and the first production version of the car is real and Supercar Blondie has the chance to check it out. This particular car is currently undergoing final tuning but there is one really stand-out problem for us, it only has eight cylinders. Guess that makes it the Devel Eight, then?

Before everyone starts crying foul, the future owner of this car did not want a V16 engine and so a potent V8 was fitted instead. A few years ago rumours were swirling that Drake was the first owner so it will be interesting to see where it ends up.

As expected, it does not pack the 5,000 horses promised all those years back but it will be capable of a whopping 2,000 hp thanks to a custom-built twin-turbocharged V8. We don’t have any details on the engine, but we’ll admit it sounds very healthy. It’s also apparently still in the tuning process, so it seems that the 2,000 hp benchmark hasn’t been met yet. This first model with the V8 is targeting a top speed of 249 mph (400 km/h) so even with half the cylinders, it’s not slow by any means.

The second production car will reportedly pack the aforementioned V16 but it will deliver something in the region of 3,000 hp (2,237 kW), which is still an absurd amount for a road car.