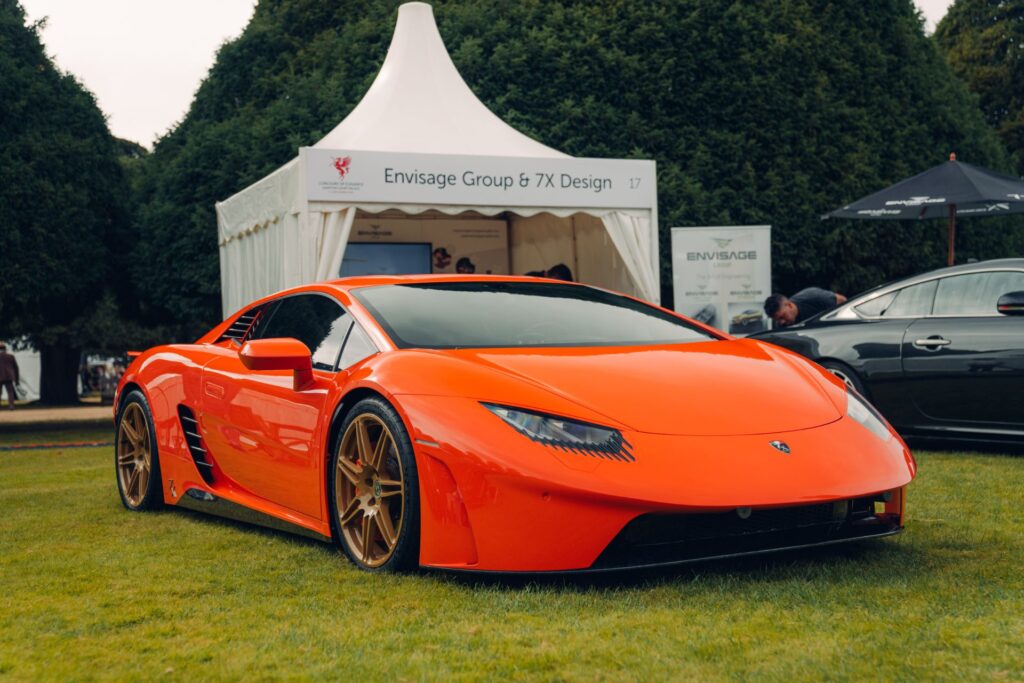 Towards the end of last year, we came across a new one-off Lamborghini Huracán project between Envisage Group and 7X Design called the Rayo which promised some serious numbers.

The vehicle shares its underpinnings with the Lamborghini Huracan LP 610-4, but it features a fully redesigned body made of carbon fibre. The only body panels shared with the Huracan are the greenhouse, headlights, taillights, and mirrors since everything else is new.

The nose was also extended, while eyelashes were added below the headlights under custom transparent covers, possibly inspired by the legendary Miura. On its profile, we find larger lower intakes while the tail is also longer featuring a large diffuser and a pair of fins instead of a spoiler. 7X Design claims that the changes have resulted in a drag coefficiency of 0.279 cd, over the standard car’s 0.39 cd.

They turned to Underground Racing for the potent increase in power. The heavily modified twin-turbo mid-mounted 5.2-litre V10 allegedly produces 1,874 hp (1,397 kW) which is a substantial increase over the stock 602 hp (449 kW).

A recent post by the well-known Lamborghini tuner states that this project is already hitting 447.8 km/h (278 mph) with testing apparently taking place with “mid power”.

They originally wanted to hit 300 mph (482.8 km/h) and it seems they will more than likely achieve that when output is cranked to the max.

We will keep an eye on this for you all and keep you posted.