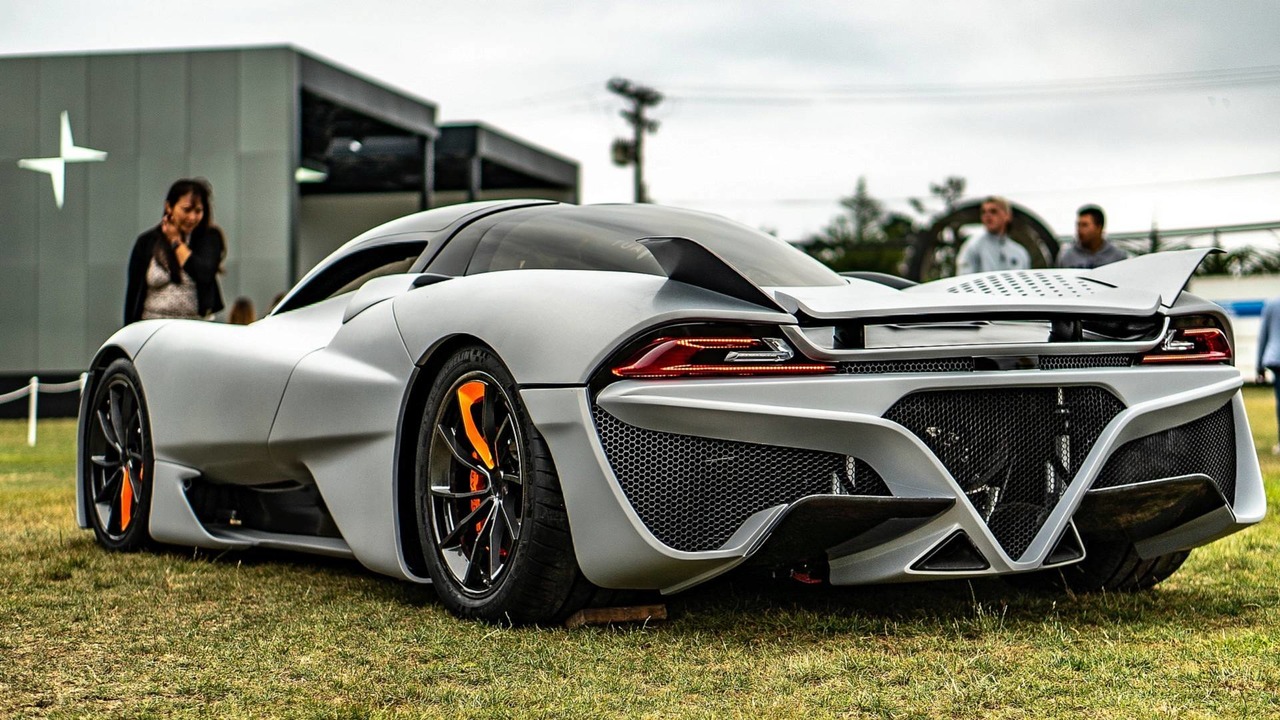 It is no secret that hypercar manufacturers are fighting to set the top speed world record for production cars. Bugatti may have taken a back seat with the Chiron regarding this affair, but with Hennessey getting its new Venom F5 out and Koenigsegg adamant that the Agera RS could break the current record of 277 mph (446 km/h), seems like it’s only a matter of time before the Germans change their minds. SSC however, reckons only they have the key to unlock the 300 mph (483 km/h) barrier with its new Tuatara.

Revealed a month ago at Pebble Beach, the SSC Tuatara is powered by a 5.9-litre twin-turbo V8 that, depending on the fuel it’s running on, is able to produce as much as 1,750 hp (1,305 kW). This is just a start according to SSC boss Jerod Shelby who recently had an interview with Top Gear magazine and this is what he had to say: “The knowledge I have of our competitors, I feel that we’re the only ones that really have a legitimate shot because of the drag numbers and the horsepower that we’re producing.”

Now, for Shelby’s “drag numbers,” the SSC Tuatara might still be undergoing its finishing touches, but the car is already said to generate a drag co-efficient of 0.279, this means that it has already achieved its initial target. Despite the Tuatara having surpassed its target drag numbers, the manufacturer is still working on further decreasing these numbers while increasing downforce.

In developing the Tuatara’s transmission, SSC has partnered with Italian engineering firm AutoMac. The vision is a “robotic system, all hydraulic, with three driving modes,” this means that the team will build a seven-speed computerised manual transmission with comfort, sport, and track configurations.

It’s too soon to tell whether SSC’s hypercar will triumph the 300 mph (483 km/h) race as we are yet to find out when the top speed run will be performed. As for production, the Tuatara will be limited to 100 examples with deliveries set to take place from the second quarter of 2019.