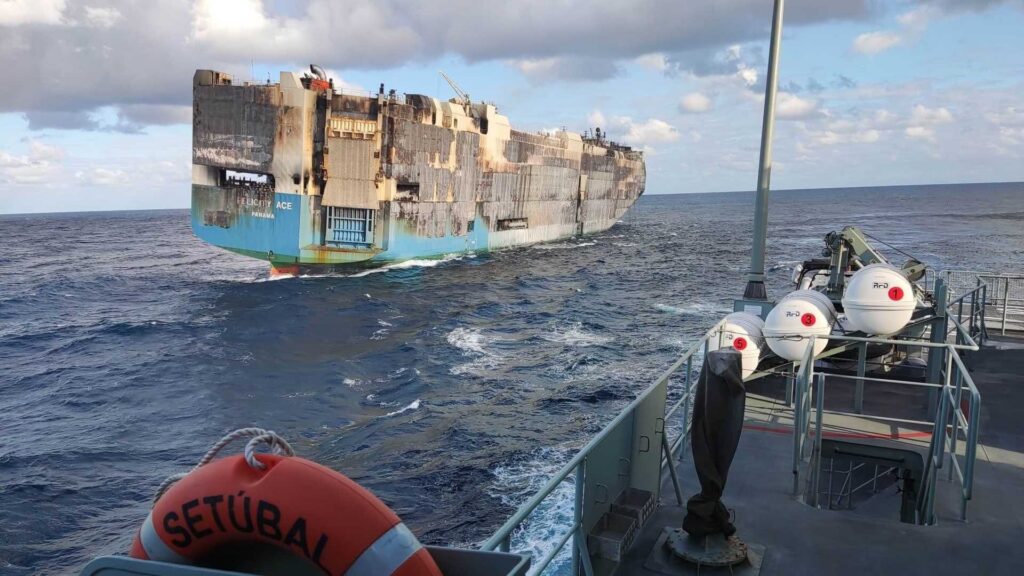 The cargo ship that caught fire in the Atlantic while transporting roughly 4,000 Volkswagen AG vehicles to the U.S. has sunk despite efforts to tow it to safety.

The management company towing the Felicity Ace to shore reported this morning that it had suffered a “list to starboard” and had sunk in waters off the Azores.

The Felicity Ace sank 220 nautical miles off the coast of Portugal’s Azores Islands around 9 a.m. local time on Tuesday after being battered by waves and leaning 45 degrees to its starboard side, the ship’s operator said.

A new report states the following vehicles have been lost;