South Africans will be able to witness the thrills of this high-speed fully-electric race in person.
By Zero2TurboMarch 4, 2022Updated:March 4, 2022No Comments
Facebook Email Twitter LinkedIn Telegram WhatsApp 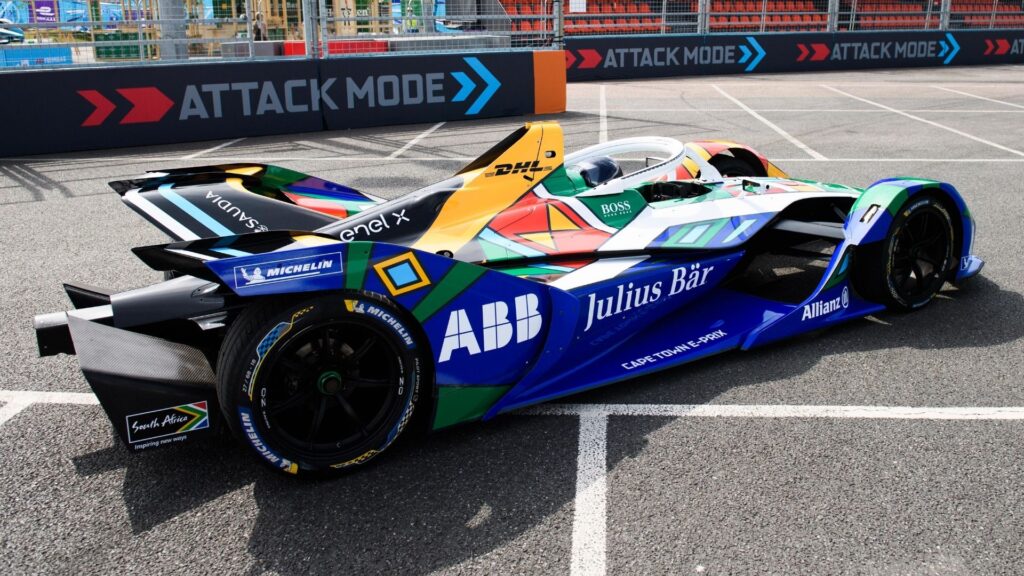 The last time we spoke about Formula E in Cape Town, it was a pretty bleak forecast with the 2022 event being scrapped.

Today the news has just been announced Cape Town will host a Formula E race early in 2023.

The Cape Town E-Prix is the first ABB FIA Formula E World Championship race to be hosted in Sub-Saharan Africa and the first major open-wheel race since 1993. For the first time, South Africans will be able to witness Formula E’s thrilling line-up in person as drivers race their electric-powered cars through the streets of Cape Town.

South Africans will be able to witness the thrills of this high-speed fully-electric race in person, as drivers race their electric-powered cars at speeds of up to 280km/h passing by what is certainly one of the sport’s most picturesque routes, with Table Mountain in the backdrop and a distant view of Robben Island across the bay.

Back in October 2021, co-founder and Chief Championship Officer of Formula E Alberto Longo said, “While we are of course disappointed to postpone our first race in Cape Town, we have received a hugely positive response from those in our ecosystem, all of which are excited to visit. Over the past 18 months, we have learned to be dynamic and flexible when delivering the ABB FIA Formula E World Championship and we look forward to working alongside our local partners to experience Cape Town when delivering its maiden race in 2023.”

If this interests you, sign-up and be the first to hear about ticket prices and packages, travel and accommodation, hospitality packages and all the race day and pre-race day information you want right here.